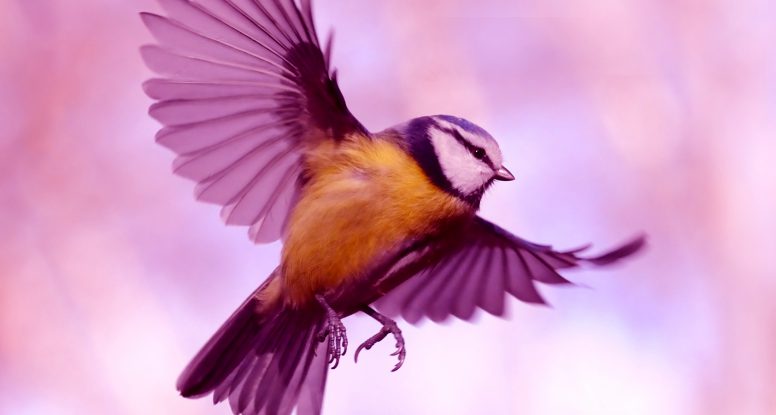 Two Wings of a Bird

Despite the widespread acceptance of gender equality in principle—and the advancement of political and civil rights for women in many countries—full equality has not yet been achieved. In this statement issued in 1997, the National Spiritual Assembly of the Bahá’ís of the United States emphasizes the full and equal participation of women in all spheres of life.

The emancipation of women, the achievement of full equality between the sexes is essential to human progress and the transformation of society. Inequality retards not only the advancement of women but the progress of civilization itself. The persistent denial of equality to one-half of the world’s population is an affront to human dignity. It promotes destructive attitudes and habits in men and women that pass from the family to the work place, to political life, and ultimately to international relations. On no grounds, moral, biological, or traditional can inequality be justified. The moral and psychological climate necessary to enable our nation to establish social justice and to contribute to global peace will be created only when women attain full partnership with men in all fields of endeavor.

The systematic oppression of women is a conspicuous and tragic fact of history. Restricted to narrow spheres of activity in the life of society, denied educational opportunities and basic human rights, subjected to violence, and frequently treated as less than human, women have been prevented from realizing their true potential. Age-old patterns of subordination, reflected in popular culture, literature and art, law, and even religious scriptures, continue to pervade every aspect of life. Despite the advancement of political and civil rights for women in America and the widespread acceptance of equality in principle, full equality has not been achieved.

The damaging effects of gender prejudice are a fault line beneath the foundation of our national life. The gains for women rest uneasily on unchanged, often unexamined, inherited assumptions. Much remains to be done. The achievement of full equality requires a new understanding of who we are, what is our purpose in life, and how we relate to one another – an understanding that will compel us to reshape our lives and thereby our society.

At no time since the founding of the women’s rights movement in America has the need to focus on this issue been greater. We stand at the threshold of a new century and a new millennium. Their challenges are already upon us, influencing our families, our lifestyles, our nation, our world. In the process of human evolution, the ages of infancy and childhood are past. The turbulence of adolescence is slowly and painfully preparing us for the age of maturity, when prejudice and exploitation will be abolished and unity established. The elements necessary to unify peoples and nations are precisely those needed to bring about equality of the sexes and to improve the relationships between women and men. The effort to overcome the history of inequality requires the full participation of every man, woman, youth, and child.

Over a century ago, for the first time in religious history, Bahá’u’lláh, the Founder of the Bahá’í Faith, in announcing God’s purpose for the age, proclaimed the principle of the equality of women and men, saying: “Women and men have been and will always be equal in the sight of God.”1 The establishment of equal rights and privileges for women and men, Bahá’u’lláh says, is a precondition for the attainment of a wider unity that will ensure the well-being and security of all peoples. The Bahá’í Writings state emphatically that “When all mankind shall receive the same opportunity of education and the equality of men and women be realized, the foundations of war will be utterly destroyed.”2

Thus the Bahá’í vision of equality between the sexes rests on the central spiritual principle of the oneness of humankind. The principle of oneness requires that we “regard humanity as a single individual, and one’s own self as a member of that corporeal form”3, and that we foster an unshakable consciousness that “if pain or injury afflicts any member of that body, it must inevitably result in suffering for all the rest.”4 Bahá’u’lláh teaches that the divine purpose of creation is the achievement of unity among all peoples:

“Know ye not why We created you all from the same dust? That no one should exalt himself over the other. Ponder at all times in your hearts how ye were created. Since We have created you all from one same substance it is incumbent on you to be even as one soul, to walk with the same feet, eat with the same mouth and dwell in the same land, that from your inmost being, by your deeds and actions, the signs of oneness and the essence of detachment may be made manifest.”5

The full and equal participation of women in all spheres of life is essential to social and economic development, the abolition of war, and the ultimate establishment of a united world. In the Bahá’í Scriptures the equality of the sexes is a cornerstone of God’s plan for human development and prosperity:

“The world of humanity is possessed of two wings: the male and the female. So long as these two wings are not equivalent in strength, the bird will not fly. Until womankind reaches the same degree as man, until she enjoys the same arena of activity, extraordinary attainment for humanity will not be realized; humanity cannot wing its way to heights of real attainment. When the two wings . . . become equivalent in strength, enjoying the same prerogatives, the flight of man will be exceedingly lofty and extraordinary.”6

The Bahá’í Writings state that to proclaim equality is not to deny that differences in function between women and men exist but rather to affirm the complementary roles men and women fulfill in the home and society at large. Stating that the acquisition of knowledge serves as “a ladder for [human] ascent”7, Bahá’u’lláh prescribes identical education for women and men but stipulates that when resources are limited first priority should be given to the education of women and girls. The education of girls is particularly important because, although both parents have responsibilities for the rearing of children, it is through educated mothers that the benefits of knowledge can be most effectively diffused throughout society.

Reverence for, and protection of, motherhood have often been used as justification for keeping women socially and economically disadvantaged. It is this discriminatory and injurious result that must change. Great honor and nobility are rightly conferred on the station of motherhood and the importance of training children. Addressing the high station of motherhood, the Bahá’í Writings state, “O ye loving mothers, know ye that in God’s sight, the best of all ways to worship Him is to educate the children and train them in all the perfections of humankind. . . .”8 The great challenge facing society is to make social and economic provisions for the full and equal participation of women in all aspects of life while simultaneously reinforcing the critical functions of motherhood.

Asserting that women and men share similar “station and rank” and “are equally the recipients of powers and endowments from God”9, the Bahá’í teachings offer a model of equality based on the concept of partnership.

Only when women become full participants in all domains of life and enter the important arenas of decision-making will humanity be prepared to embark on the next stage of its collective development.

Bahá’í Scripture emphatically states that women will be the greatest factor in establishing universal peace and international arbitration. “So it will come to pass that when women participate fully and equally in the affairs of the world, when they enter confidently and capably the great arena of laws and politics, war will cease; for woman will be the obstacle and hindrance to it”.10

The elimination of discrimination against women is a spiritual and moral imperative that must ultimately reshape existing legal, economic, and social arrangements. Promoting the entry of greater numbers of women into positions of prominence and authority is a necessary but not sufficient step in creating a just social order. Without fundamental changes in the attitudes and values of individuals and in the underlying ethos of social institutions, full equality between women and men cannot be achieved. A community based on partnership, a community in which aggression and the use of force are supplanted by cooperation and consultation, requires the transformation of the human heart.

“The world in the past has been ruled by force, and man has dominated over woman by reason of his more forceful and aggressive qualities both of body and mind. But the balance is already shifting; force is losing its dominance, and mental alertness, intuition, and the spiritual qualities of love and service, in which woman is strong, are gaining ascendancy. Hence the new age will be an age less masculine and more permeated with the feminine ideals . . . an age in which the masculine and feminine elements of civilization will be more evenly balanced.”11

Men have an inescapable duty to promote the equality of women. The presumption of superiority by men thwarts the ambition of women and inhibits the creation of an environment in which equality may reign. The destructive effects of inequality prevent men from maturing and developing the qualities necessary to meet the challenges of the new millennium. “As long as women are prevented from attaining their highest possibilities,” the Bahá’í Writings state, “so long will men be unable to achieve the greatness which might be theirs.”12 It is essential that men engage in a careful, deliberate examination of attitudes, feelings, and behavior deeply rooted in cultural habit, that block the equal participation of women and stifle the growth of men. The willingness of men to take responsibility for equality will create an optimum environment for progress: “When men own the equality of women there will be no need for them to struggle for their rights!”13 The long-standing and deeply rooted condition of inequality must be eliminated. To overcome such a condition requires the exercise of nothing short of “genuine love, extreme patience, true humility, consummate tact, sound initiative, mature wisdom, and deliberate, persistent, and prayerful effort.”14

Ultimately, Bahá’u’lláh promises, a day will come when men will welcome women in all aspects of life. Now is the time to move decisively toward that promised future.