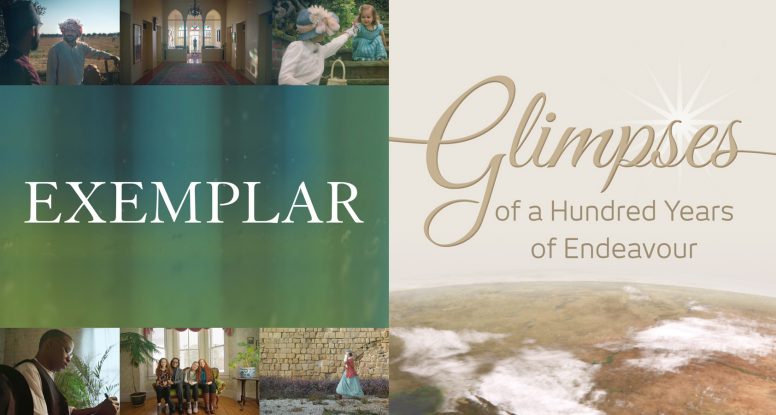 The following article is sourced from bahai.org.

Commissioned by the Universal House of Justice, two films have recently been released in commemoration of the centenary of the Ascension of ‘Abdu’l-Bahá.

Exemplar follows the life of ‘Abdu’l-Bahá and the profound effect He had on people both past and present. A sense of ‘Abdu’l-Bahá’s unique function as a shelter, a shield, a stronghold for all humanity is captured in vignettes of some of the souls whose lives were transformed for the betterment of society through their association with Him. The film reflects a few of the universal principles embodied, both in word and deed, by ‘Abdu’l-Bahá—principles that animate a global movement of individuals, communities and institutions striving to emulate His example in service to humanity.

The 55-minute film is available in Arabic, English, French, Persian, Russian, Spanish, and Swahili. The film can also be viewed on YouTube.

Glimpses of a Hundred Years of Endeavour

In 1921, at the time of the passing of ‘Abdu’l-Bahá, a relatively small Bahá’í community, though grieving, looked to the future with faith and courage, focused on the instructions that had been left by Him, the Centre of Bahá’u’lláh’s Covenant. ‘Abdu’l-Bahá had provided clear guidance for how the Bahá’í community was to grow, develop and increasingly serve humanity. Since that time, the followers of Bahá’u’lláh have been striving, with unimaginable sacrifice, to implement that guidance, reaching the farthest corners of the globe. This film provides glimpses into a hundred years of endeavour and learning, carried out by a burgeoning Bahá’í community, and outlines the journey that has led to the community’s current efforts to contribute to the emergence of a world based on the principle of the oneness of humanity.

The 66-minute film is available in Arabic, English, French, Persian, Russian, Spanish, and Swahili. The film can also be viewed on YouTube.