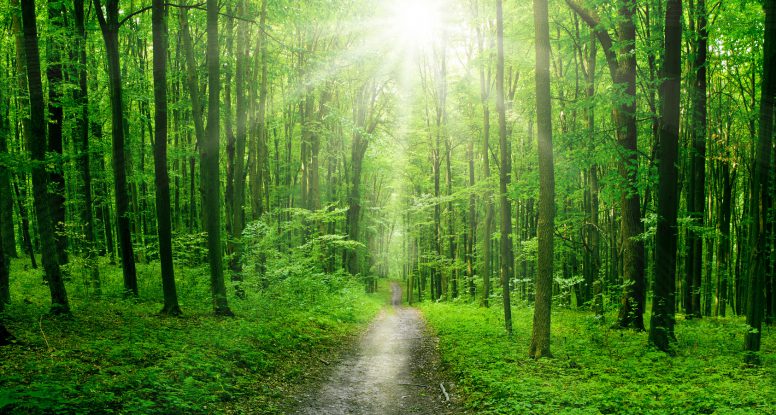 The Ancient Beauty hath consented to be bound with chains that mankind may be released from its bondage, and hath accepted to be made a prisoner within this most mighty Stronghold that the whole world may attain unto true liberty. He hath drained to its dregs the cup of sorrow, that all the peoples of the earth may attain unto abiding joy, and be filled with gladness. This is of the mercy of your Lord, the Compassionate, the Most Merciful. We have accepted to be abased, O believers in the Unity of God, that ye may be exalted, and have suffered manifold afflictions, that ye might prosper and flourish. He Who hath come to build anew the whole world, behold, how they that have joined partners with God have forced Him to dwell within the most desolate of cities![ii]

But while Baha’u’llah spent the last forty years of His life as a prisoner, His captivity in no wise prevented Him from proclaiming His message even to the most powerful of individuals on the planet. One of the most notable features of Baha’u’llah’s revelation is the fact that He sent personal tablets and letters to a number of kings and rulers who reigned during His ministry, even those who were responsible for His imprisonment. Among these rulers was Nasiri’d-Din Shah, the ruler of the Persian empire; Sultan Abdu’l-Aziz of Turkey; Napoleon III of France; the king of Prussia, and the first German emperor William I; Francis Joseph, who served as both the emperor of Austria and the king of Hungary; Nicolaevitch Alexander II, the all-powerful Czar of Russia; and even Pope Pius IX, the head of the Roman Catholic Church and the sovereign of the Papal States in Italy.

Although outwardly a lowly and desolate prisoner, Baha’u’llah addressed these rulers with the majesty and authority invested in Him by God. Baha’u’llah wrote:

Lay not aside the fear of God, O kings of the earth, and beware that ye transgress not the bounds which the Almighty hath fixed. Observe the injunctions laid upon you in His Book, and take good heed not to overstep their limits. Be vigilant, that ye may not do injustice to anyone, be it to the extent of a grain of mustard seed. Tread ye the path of justice, for this, verily, is the straight path.

Compose your differences, and reduce your armaments, that the burden of your expenditures may be lightened, and that your minds and hearts may be tranquillized. Heal the dissensions that divide you, and ye will no longer be in need of any armaments except what the protection of your cities and territories demandeth. Fear ye God, and take heed not to outstrip the bounds of moderation, and be numbered among the extravagant.[iii]

And perhaps most importantly, Baha’u’llah foretold great calamities which would befall these sovereigns if they failed to recognize His station as a divine messenger and act in accordance with His instructions:

If ye pay no heed unto the counsels which, in peerless and unequivocal language, We have revealed in this Tablet, Divine chastisement shall assail you from every direction, and the sentence of His justice shall be pronounced against you. On that day ye shall have no power to resist Him, and shall recognize your own impotence. Have mercy on yourselves and on those beneath you. Judge ye between them according to the precepts prescribed by God in His most holy and exalted Tablet, a Tablet wherein He hath assigned to each and every thing its settled measure, in which He hath given, with distinctness, an explanation of all things, and which is in itself a monition unto them that believe in Him.[iv]

Perhaps unsurprisingly, the vast majority of the rulers to whom Baha’u’llah sent tablets, many of which were at the apex of their material power and influence, failed to heed His warnings and summarily dismissed His injunctions. But one by one, Baha’u’llah’s prophesies began to be realized. Násiri’d-Dín Sháh was “dramatically assassinated,” Persia became occupied by various national forces during World War I, and the Qajar dynasty was ousted in 1925; following Sultan Abdu’l-Aziz’s rule “the Ottoman empire was dissolved, the Sultanate was abolished, a republic was proclaimed, and a rulership that had endured above six centuries was ended”; Napoleon III was “ignominiously defeated in the Battle of Sedan (1870), marking the greatest military capitulation recorded in modern history, lost his kingdom and spent the remaining years of his life in exile”; William I sustained two attempts on his life, and after his passing revolution broke out and resulted in the complete dissolution of the Prussian empire; Francis Joseph “was so engulfed by misfortunes and tragedies that his reign came to be regarded as one unsurpassed by any other reign in the calamities it inflicted upon the nation” and the Austro-Hungarian empire ended after World War I; Nicolaevitch Alexander II “suffered several attempts on his life, and at last died at the hand of an assassin,” but not before his repressive rule initiated a revolution which “swept away on a bloody tide the empire of the Czars, brought in its wake war, disease and famine, and established a militant proletariat which massacred the nobility, persecuted the clergy, drove away the intellectuals, disendowed the state religion, executed the Czar with his consort and his family, and extinguished the dynasty of the Romanoffs”; and finally Pope Pius IX “was compelled to surrender, in distressing circumstances, to the besieging forces of King Victor Emmanuel, and to submit himself to be depossessed of the Papal States and of Rome itself. The loss of ‘the Eternal City,’ over which the Papal flag had flown for one thousand years, and the humiliation of the religious orders under his jurisdiction, added mental anguish to his physical infirmities and embittered the last years of his life.”[v]

The realization of Baha’u’llah’s prophesies was dramatic, and no one will ever know the possible fates of these kings and rulers if they had heeded Baha’u’llah’s warnings. But in some respects the fulfillment of His prognostications is less important than the universal and eternal truth which the fall of these empires symbolizes: our time in this world is fleeting, and no matter what heights of fame, fortune, and influence we are able to attain during our days on this planet we are unable to take any of our earthly possessions with us to the next world. While Baha’u’llah died a prisoner, dismissed by most and dispossessed of much, He left a spiritual legacy behind which is only beginning to be understood by the vast majority of humanity and which will continue to exert a beneficial influence on the world for millennia.

During one of His talks while He was traveling in the west, Abdu’l-Baha was asked about the significance of the resurrection of Christ. He stated:

The meaning of Christ’s resurrection is as follows: the disciples were troubled and agitated after the martyrdom of Christ. The Reality of Christ, which signifies His teachings, His bounties, His perfections and His spiritual power, was hidden and concealed for two or three days after His martyrdom, and was not resplendent and manifest. No, rather it was lost, for the believers were few in number and were troubled and agitated. The Cause of Christ was like a lifeless body; and when after three days the disciples became assured and steadfast, and began to serve the Cause of Christ, and resolved to spread the divine teachings, putting His counsels into practice, and arising to serve Him, the Reality of Christ became resplendent and His bounty appeared; His religion found life; His teachings and His admonitions became evident and visible. In other words, the Cause of Christ was like a lifeless body until the life and the bounty of the Holy Spirit surrounded it.

I cannot imagine what it was like for the early Baha’is who were present during Baha’u’llah’s passing. Nabil, who was one such individual and who had the privilege of a private audience with Baha’u’llah during the last days of His life, described the scenario in the following manner:

Methinks, the spiritual commotion set up in the world of dust had caused all the worlds of God to tremble…. My inner and outer tongue are powerless to portray the condition we were in…. In the midst of the prevailing confusion a multitude of the inhabitants of ‘Akká and of the neighboring villages, that had thronged the fields surrounding the Mansion, could be seen weeping, beating upon their heads, and crying aloud their grief.[vi]

And while the commemoration of Baha’u’llah’s passing is often a somber and melancholy event, I try to keep one thought in the forefront of my mind during the remembrance of His ascension: I have the great fortune and privilege of recognizing Baha’u’llah’s station and the truth in His revelation. I strive to “resurrect” His message every time I teach someone about His life and teachings, and perhaps most importantly, because of Baha’u’llah, I am conscious that my time in this world is fleeting and what matters in this life is not the amount of money I earn, the fame I enjoy, or the heights of temporal power I am able to attain. What matters is the amount of love I show to others, the degree of my compassion, the extent of my generosity, and the depth of my faith.